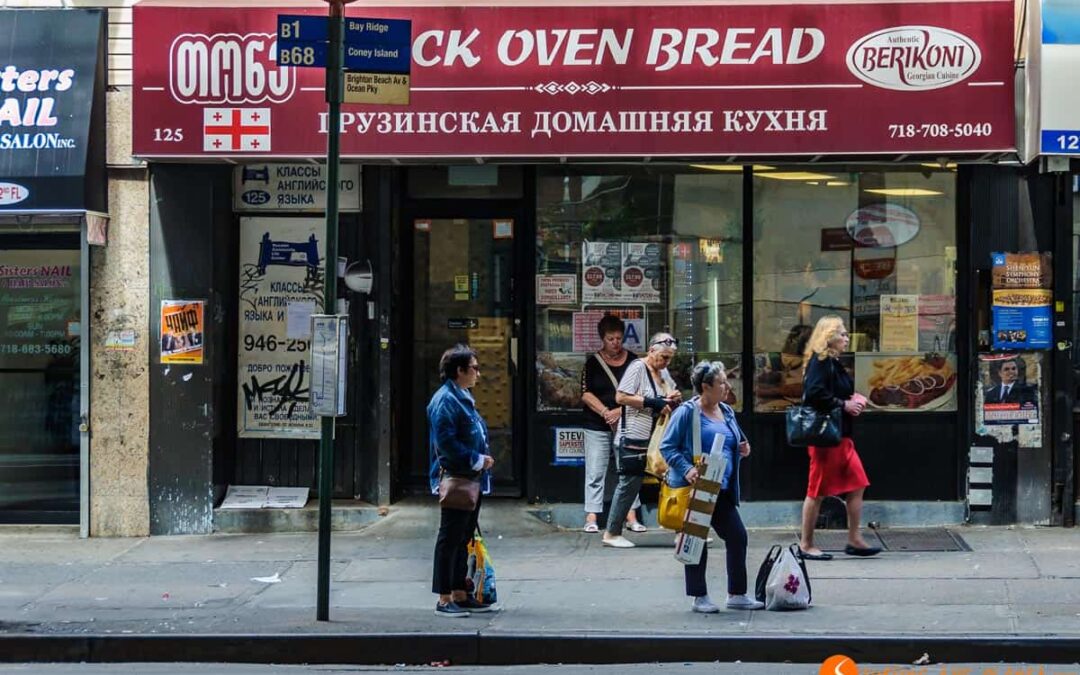 Immigrants from the former Soviet bloc were never a monolith, but they bonded over shared language and history. Now, they are shifting away from being seen as one group.

Outside Babushka Grandma’s deli in the heart of Hollywood, immigrants from Russia, Ukraine and other countries that were part of the former Soviet Union sipped coffee and nibbled on piroshkis during a recent warm, sun-drenched afternoon.

“We have never asked each other where we are from,” said Mark Goren, 75, sitting at a patio table with friends from Uzbekistan and Moldova. “The Russian language unites us,” said Mr. Goren, who arrived in the United States from Kyiv, Ukraine, more than four decades ago.

From New York to Chicago to Los Angeles to Seattle, whether Jewish, Christian or Muslim, members of the diaspora from the former Soviet Union have long bonded over Russian language and history, a testament to a shared background as immigrants from more than a dozen nations that once constituted the Union of Soviet Socialist Republics that dissolved in 1991. Americans, too, have lumped them together as Russians.

But as President Vladimir V. Putin unleashes Russia’s military might on Ukraine, killing civilians, causing a refugee crisis and drawing worldwide repudiation, boycotts and sanctions, generations of immigrants here are re-examining how they define their identities. Some, fearing how they will be perceived by the public at large, are shifting from accepting being broadly painted as Russians to explicitly identifying with their countries of origin.

“Today I brought my car to mechanic, they heard my accent, and the first question was, ‘Are you Russian?’” said Eugene Levin, publisher of two Russian-language weeklies in California, who immigrated from Ukraine more than three decades ago. He responded that he was American and spoke Russian but was from Ukraine.