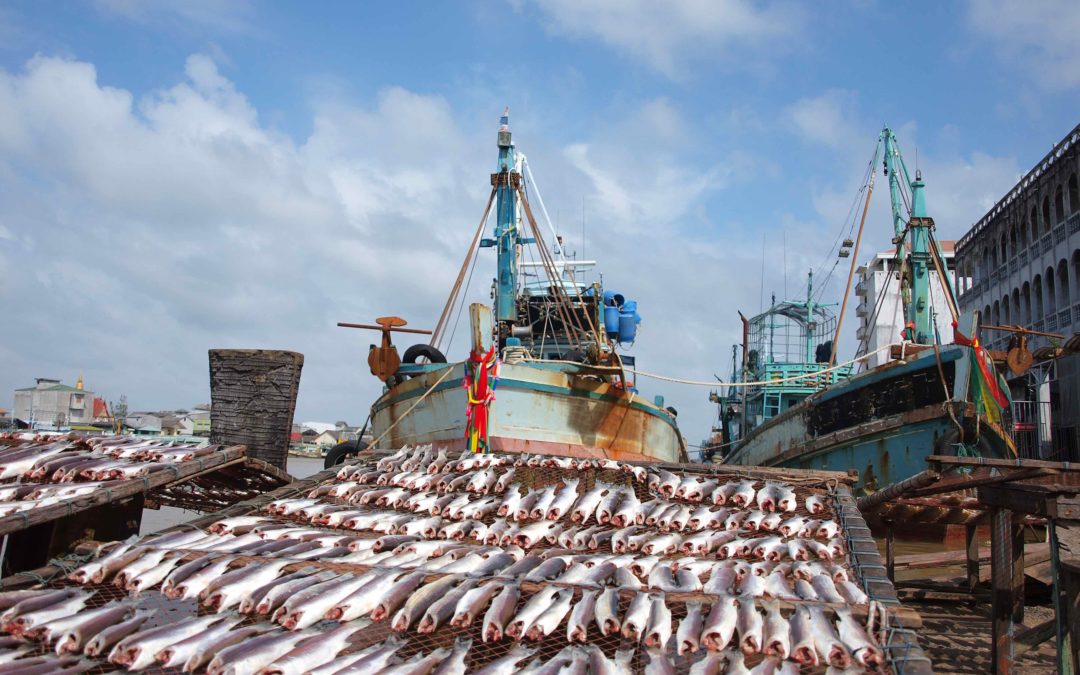 In recent years, seafood has emerged as an increasingly critical part of the American diet. As U.S. consumers have become more health-conscious, the amount of meat eaten by the average American has dropped precipitously, falling by almost a fifth between 2005 and 2014 alone. In this environment, seafood has emerged as an increasingly important source of protein for many households in the United States. According to the National Oceanic and Atmospheric Administration (NOAA), Americans now eat almost 15 pounds of seafood per year. From a business perspective, many would assume this is good news for the U.S. seafood industry—a sector that employed more than 200,000 U.S.-born workers in 2015, according to U.S. Census data.  The U.S. seafood industry, however, has been largely unable to capitalize on the increase in domestic seafood consumption due in part to labor shortages.

In the last 20 years, the share of seafood sold in the United States that was fished or processed here has dropped dramatically, leaving the industry capable of meeting less than 10 percent of U.S. demand.

Many in the seafood industry point to one prominent factor that has kept them from keeping up with rising demand: The country’s dire shortage of seafood processing workers. Jobs at seafood processing facilities often are seasonal, meaning workers can go months without a paycheck. They also require long hours and often entail repetitive and physically draining work in cold or wet conditions.

Given this, few American workers are willing to take on such roles, even though they pay higher than most positions open to those without college degrees. This leaves processors dependent upon foreign-born workers, a group increasingly hard to come by, given the challenges posed by our current immigration system.

In this report, we explore the economic costs associated with the country’s labor shortage.

Download the report on the source site by clicking here.