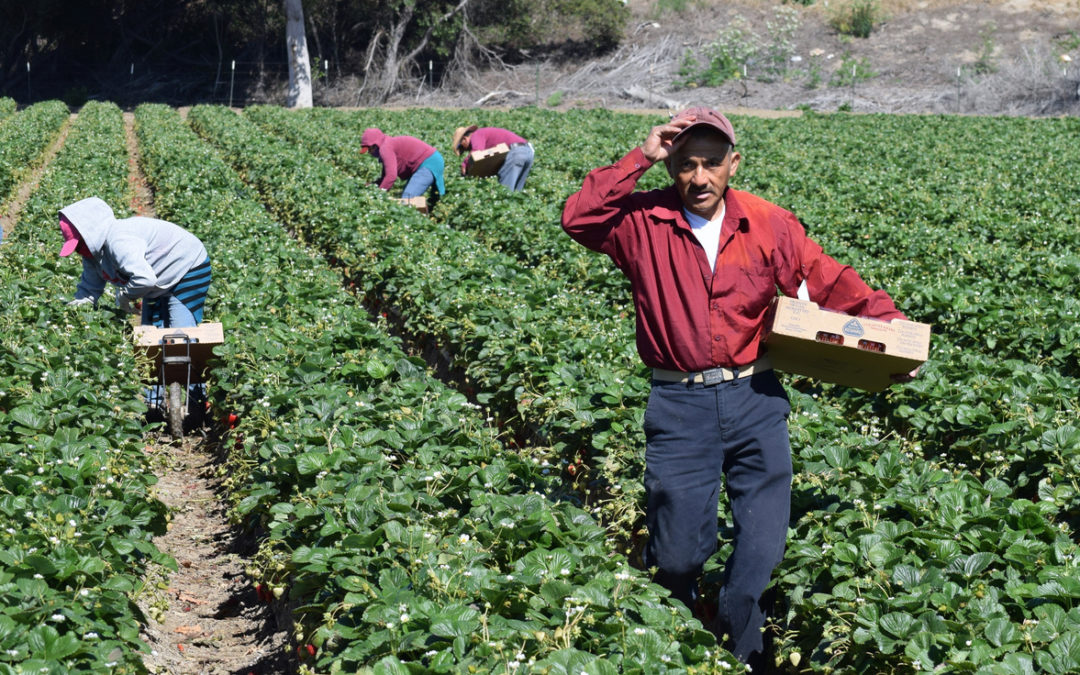 Lawmakers have struck a deal that would give legal status to hundreds of thousands of undocumented immigrant farmworkers in exchange for stronger employee verification in the agricultural sector, a bipartisan group will announce Wednesday.

The deal could reach the House floor as early as the end of November.

The legislation is the product of months of negotiations by lawmakers from both parties and farm and labor groups. It would offer a path to legal status, either five-year visas or citizenship, for longtime U.S. agricultural workers with clean records. It would also overhaul the farm visa system to make it easier for employers to file applications, would limit mandatory wage increases, and would provide year-round visas for industries like dairy farms that are not seasonal.

The bill also incorporates legislation by Rep. Ken Calvert, R-Corona (Riverside County), beefing up the system for verifying a worker’s immigration status in the U.S. and making it mandatory for the agricultural industry.

“The men and women who work America’s farms feed the nation. But, farmworkers across the country are living and working with uncertainty and fear, contributing to the destabilization of farms across the nation,” Lofgren said in a statement. “Our bill offers stability for American farms.”