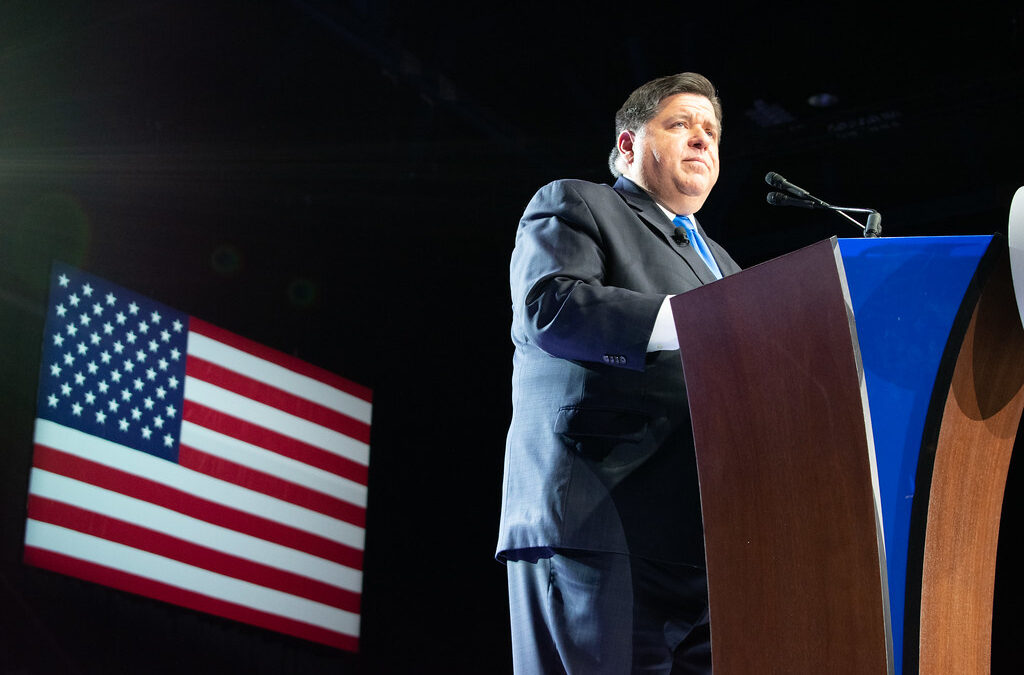 When Gov. J.B. Pritzker signed the Illinois Way Forward Act into law in August, he put the state squarely on the side of a growing movement against the federal government’s vast immigration detention system. The law banned cities and counties statewide from renting out beds in their jails to U.S. Immigration and Customs Enforcement, and it required counties that already had ICE detention contracts to end them by Jan. 1.

The immigrant rights activists and legislators behind the Illinois Way Forward Act saw the sweeping law as a victory for their long-term strategy to eventually dismantle ICE’s detention system. As of last week, ICE held nearly 22,000 immigrants and asylum-seekers in more than 130 private and public jails across the country.

“We kind of view this as similar to the marriage equality movement, where states slowly start passing bills to a point where the current administration at that point was not able to ignore the issue and the needs of the community,” said Luis Suarez, advocacy manager at Detention Watch Network, a national activist group that works to close ICE detention facilities.

But shortly after Pritzker signed the Illinois Way Forward Act, two Illinois counties filed a lawsuit in federal court challenging the law as unconstitutional. Kankakee County and McHenry County each made millions of dollars in recent years from detention contracts with ICE.

The state has filed a motion to dismiss the case. But the counties have asked U.S. District Judge Philip G. Reinhard of the Northern District of Illinois to issue a temporary injunction that would allow them to keep their ICE contracts while the case is litigated. The judge has not yet set an initial hearing date or indicated when he might make a decision.

If the counties win their case, it would not only sour the advocates’ victory but would also call into question the viability of their strategy to end immigration detention state by state and jail by jail. But even if the law stands, the counties’ challenge raises questions about what will happen to the dozens of people currently in ICE detention in the counties’ jails.