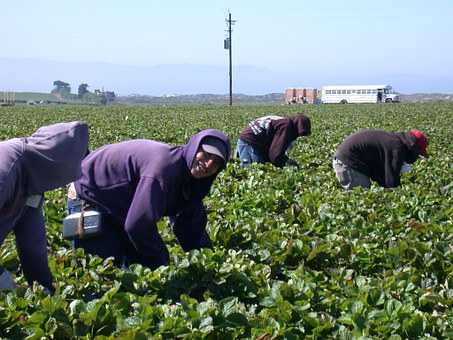 Last year, grocery stores might have run out of toilet paper, but the domestic food supply remained strong. Farmworkers, many of them immigrants who entered the country illegally, harvested fruits and vegetables. They processed meat. They were essential workers. Now they deserve legal protection, and the Farm Workforce Modernization Act would provide it.

U.S. Rep. Dan Newhouse, a Republican who represents Central Washington, has joined with Democratic Rep. Zoe Lofgren of California to sponsor the bill. Its core components address the three key players in the agricultural workforce equation.

First, current immigrant workers without legal permission to be in the U.S. would have a path to legal status. That’s not citizenship and all it entails. Rather, it’s the right to work and be legally in America. Workers would have to go through a background check after having worked a minimum of eight years and up to 18 years depending on how long they’ve been here already.

Second, potential foreign workers would have easier access to the visas that allow them to enter the country and work in agriculture lawfully. Having more of those H-2A visas, as they are known, would create an opportunity for orderly, secure movement of workers across the border. Again, these would be work visas, not a pathway to citizenship.

Third, farmers and ranchers who employ those workers would be required to do a better job screening them for legal status. They would also receive more financial assistance and have to provide housing.