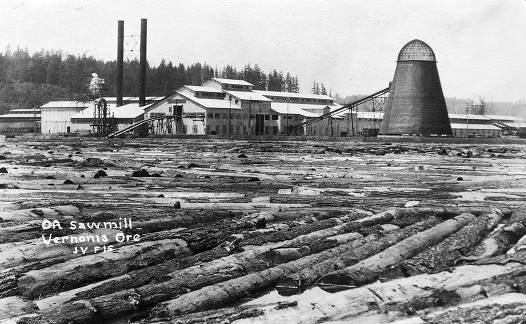 The classic black-and-white photos from early decades of the American West often fail to capture the diversity of the people who came here. Chinese migrants helped build the railroads and were big in gold mining. Basque people from Spain became known for sheep herding. The first Filipino cannery workers arrived around the turn of the last century. Now, Oregon archaeologists are on the surprising trail of Japanese families who lived in a now-vanished lumber company town.

The project promises to paint a fuller picture of who built the Pacific Northwest, which is a favorite research target of archaeologist Chelsea Rose, the director of the Southern Oregon University Laboratory of Anthropology. In her team’s latest foray into Eastern Oregon, they are literally digging into timber history.

“The story of logging is a white man’s narrative,” Rose said. “You not only don’t see Japanese, Chinese, all the other folks that were working on these kinds of operations, but you also don’t see families. You don’t see the women and children.”

Which brings us to the ruins of the former Baker White Pine Mill and the company town that once surrounded it in rural Grant County, Oregon, roughly a century ago — 1912 to 1930, to be more precise.

A forest of spindly pine trees has regrown on the property northeast of Prairie City. But sharp eyes and metal detectors helped Rose and a team of professional archaeologists and volunteers identify spots to dig where workers’ homes might have been.

The scene had all the hallmarks you might associate with archaeology. There were grid markers and shallow, square pits in the ground with people wielding trowels, brushes, buckets and sifting trays.