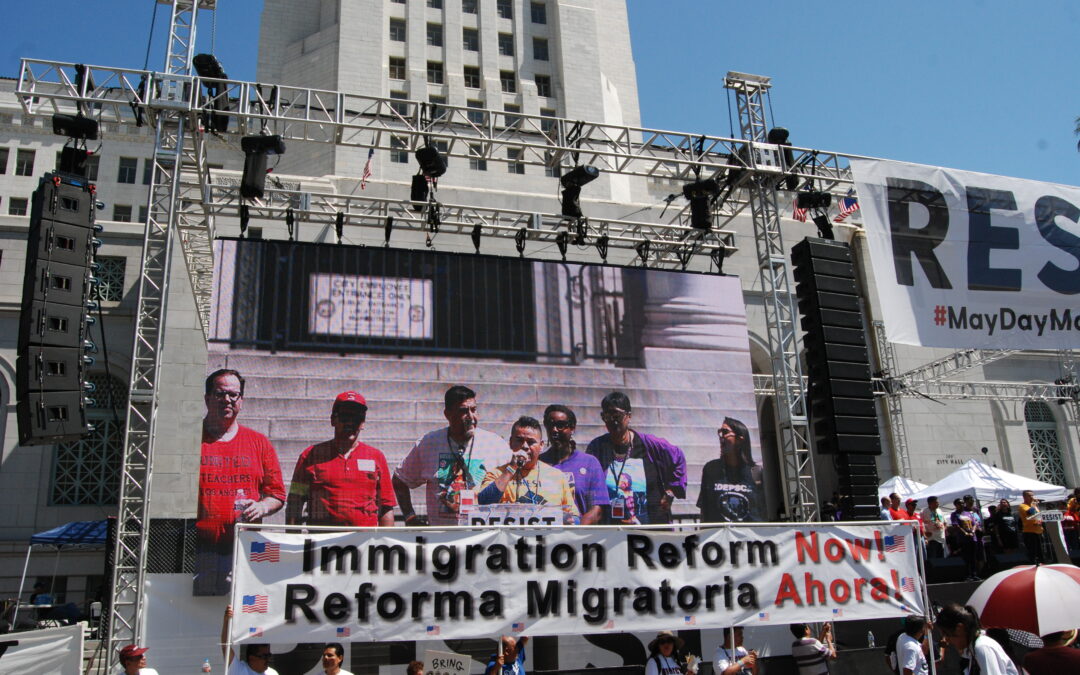 Voces de la Frontera and the Wisconsin Farmers Union came through the Jefferson and Johnson Creek area last week while on a march to the state capitol to demand immigrant rights.

The group stopped last Friday along the Glacial Drumlin Trail between Johnson Creek and Jefferson for a press conference, attended by Gov. Tony Evers.

The nine-day march, which concluded Monday at the state capitol, demanded the restoration of driver’s licenses for immigrants and citizenship for all.

The Voces de La Frontera march was part of a nationwide push by immigrant rights organizations to raise awareness, with the ultimate goal of calling on the Biden administration and Democrats in Congress to create a pathway to citizenship for the 11 million undocumented immigrant essential workers in this country and their families.

Anna Dvorak, a spokesperson for the group, said the majority of these immigrant essential workers have been on the front lines during this pandemic.

As Congress negotiates an infrastructure bill, Voces de la Frontera and allies are demanding that President Biden act now to include citizenship provisions.

Voces and other allies also are demanding that the Wisconsin State Legislature restore access to driver’s licenses for immigrant essential workers and their families.

Guadalupe Romero, an immigrant worker in the food service industry, said he has been contributing to the economy as an essential worker for 31 years, but for that whole time she has continued to live in fear due to her undocumented status.

“As the mother of six children, I feel afraid every time I drive them to school or to the doctor, all because I don’t have access to a driver’s license,” Romero said.

Paul Vang, civic engagement director for the Hmong America Women’s Association, said that immigrants from Latin America, Southeast Asia, the Pacific Islands and elsewhere make up a significant portion of the workers who labored through the pandemic, at some of the most dangerous and vulnerable jobs.